THIS IS THE TRUCK.

With the unstoppable 2024 Silverado HD, the new Heavy Duty Truck from Chevrolet, you’re always in command. Powerful engines, including the enhanced Duramax 6.6L Turbo-Diesel V8, are paired with the hardworking Allison® 10-speed transmission. Add in advanced towing technology and a commanding new interior, and you’ll be in charge of your surroundings wherever you travel.

Explore the Silverado HD now, here at Bannister Automotive Group, and be one of the first to drive this segment-defining model! 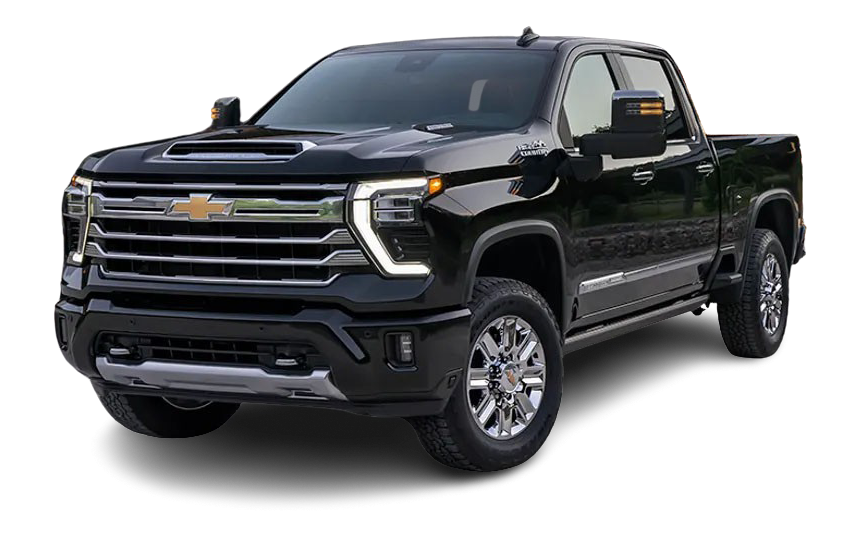 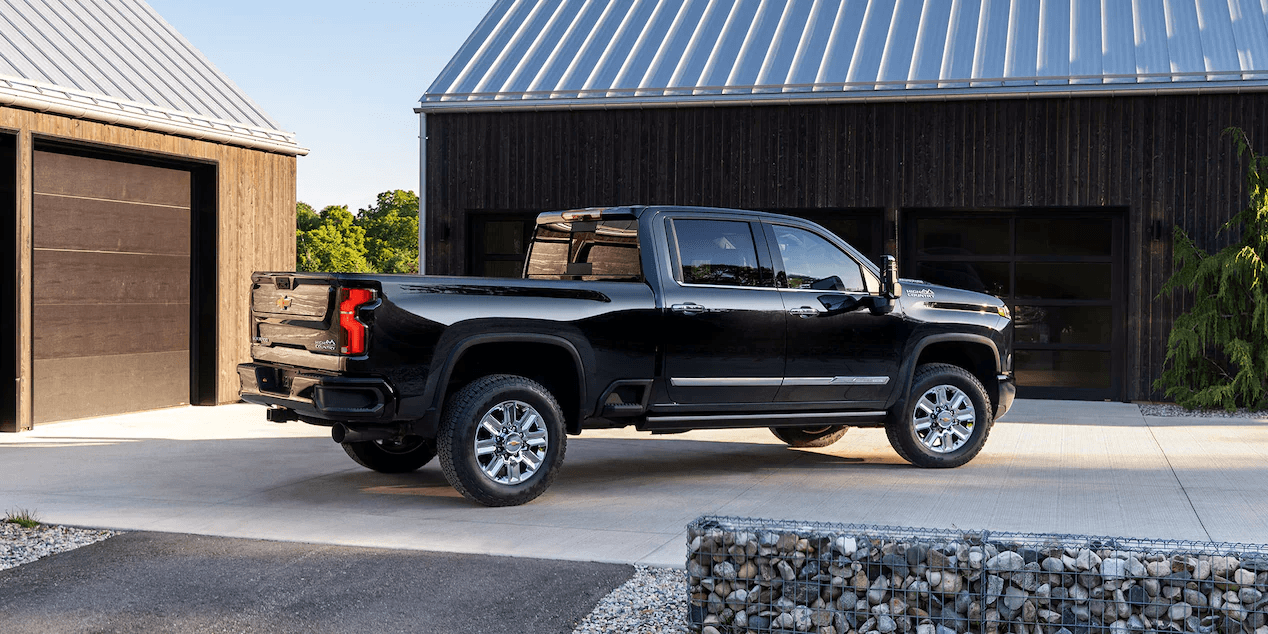 The 2024 Silverado HD has a commanding presence, driven by a freshened front-end appearance that features a new fascia, new headlights, new grille and more. The truck’s chiseled appearance combines with timeless design that not only looks, but is, prepared for anything.

C-shaped LED graphic lamps frame the new fascia, inspired by the signature design of the Silverado 1500, while bold, new headlights on LTZ, ZR2 and High Country models feature dual-projector technology. The main and high beams of these new lights are now split into dual functions, and as owners approach or depart their 2024 Silverado HD, an animated lighting sequence welcomes or bids them farewell from the truck.

In addition to the exterior styling updates, all models receive a new interior designed for greater work-ready functionality and next-level technology integration.

LT, LTZ and High Country models introduce a dramatically redesigned passenger space centered around an all-new instrument panel that houses an expansive infotainment screen: a 13.4-inch-diagonal infotainment display. A 12.3-inch-diagonal configurable driver information center complements the new infotainment display. The infotainment screen and other controls are also canted toward the driver, giving the driver more of a “command center” perspective. This ethos pulls directly from the simple and iconic looks the C/K Series trucks set in the 1970s and 1980s.

This smarter command center also includes a redesigned wireless phone charger area to reduce distractions and a flow-under console. The latter design provides the spaciousness of a bench seat while retaining the functionality of a center console. Ahead of the driver is an available and configurable head-up display. 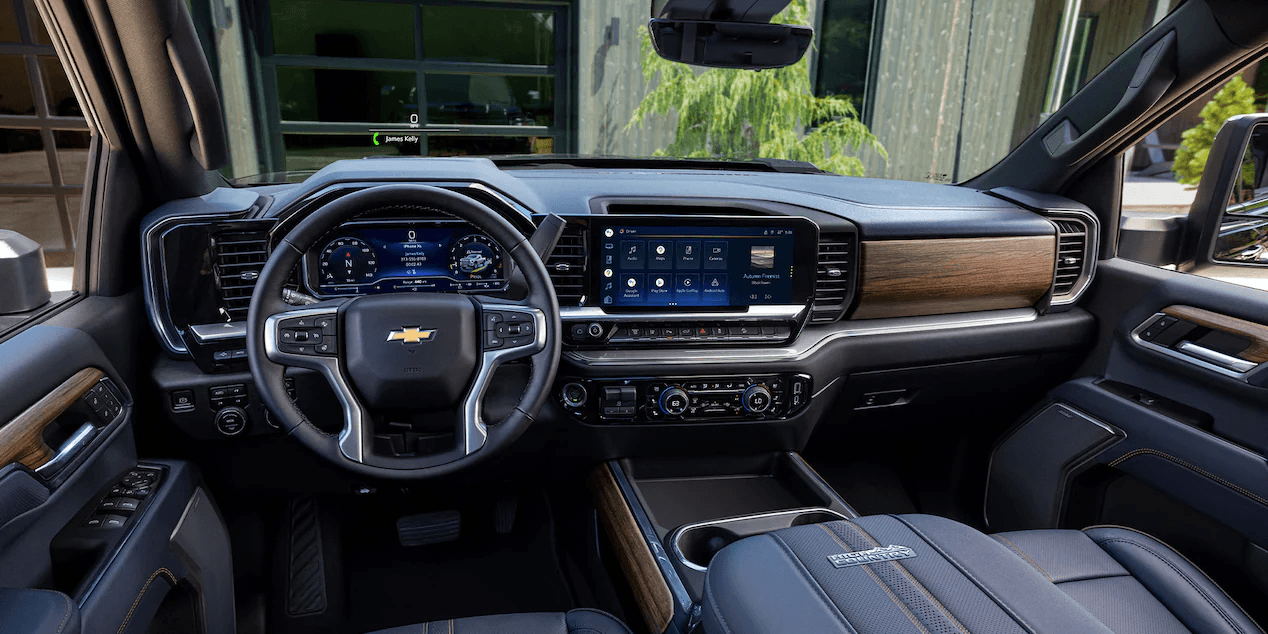 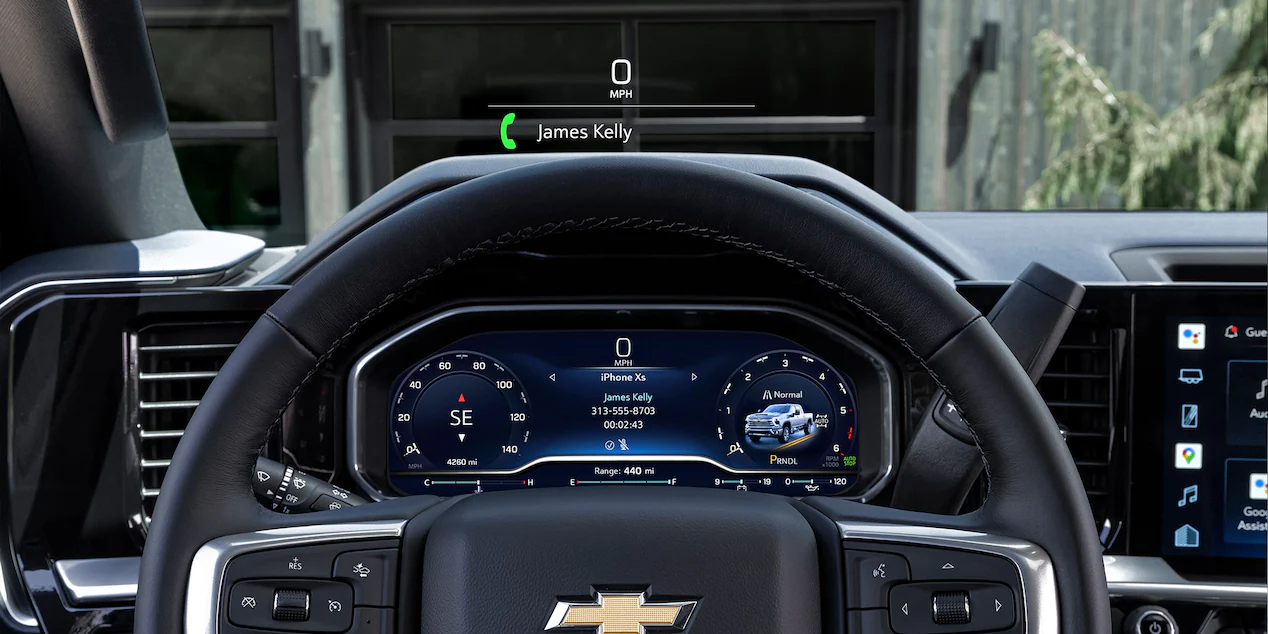 The Silverado HD is designed to make the drive more enjoyable, with new, more intuitive infotainment1 technologies and an expanded roster of driver awareness technologies.

On the infotainment side, Google built-in8 compatibility enables customers to connect virtually every aspect of their daily lives through Google Assistant, which is available through the infotainment system touchscreen or voice command. With the Google Assistant, it’s easy to send texts, play music, receive directions with Google Maps, adjust vehicle settings and even control smart home devices all hands free.

Overall, the horsepower and torque numbers increase to 470 hp and 975 lb-ft of torque, per SAE J1349. Additional changes and upgrades were designed to produce a more efficient combustion, which enhances overall performance. Further, engineers enhanced low-end torque production by up to 25% for improved performance at low speeds or climbing grades, and particularly when trailering.

For the first time, the proven Allison 10-speed automatic transmission is now standard equipment for both the Silverado HD’s powertrains: the standard 6.6L V-8 gas engine and the available Duramax turbo-diesel. It replaces the gas engine’s previous six-speed automatic, offering smaller “steps” between the gears, which enables the 6.6L gas engine to hold closer to its peak power for longer periods. 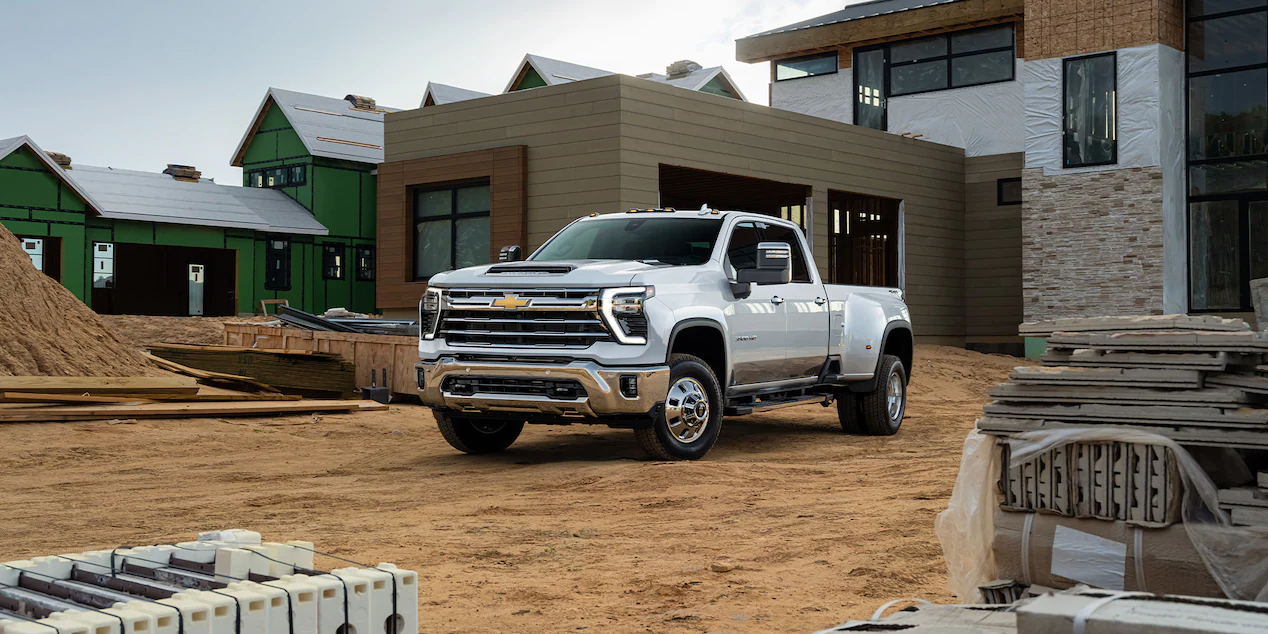 For new and used models for sale, Bannister Automtive Group has all of your needs covered. If there’s anything more we can assist you with, whether it be about our New lineup or any of our other departments, please don’t hesitate to let us know!

Submit your info and one of our sales experts will be in touch.